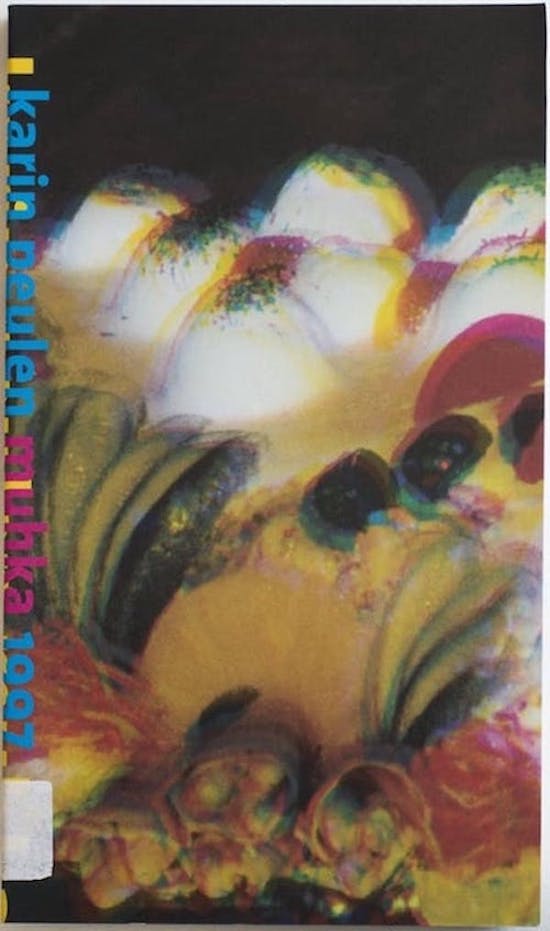 .The Secret Life Of Plants.

There are countless stories about people who talk to

their plants and how doing so makes the plants grow

thoughts can have an advantageous effect on plant growth.

Music too can influence vegetation. Research in the 1970s

revealed that they respond better to classical music that to

rock. Just as a happy childhood guarantees a balanced

development, so too do flowers and plants flourish better

in a beneficial environment.

Together with DJ Low from Antwerp, Dutch artist Karin Peulen

built an installation that elaborated on the research of the 1970s.

In three glass houses, each with its own sound installation, edible

flowers and plants were grown in different sound atmospheres

over a period of several weeks. Especially for this project, DJ Low

and samples from interviews between Karin Peulen and scientists

and marihuana growers. The secret life of plants cd was released

under the label Lowlands.

At the end of the project, one was able to taste the difference: the

flowers were worked into the menu at the museum restaurant.

The installation was shown twice in two different arrangements:

in the Museum for Contemporary Art in Antwerp (MUHKA),

Belgium, and during the Vooruit Geluid Festival in Kunstcentrum 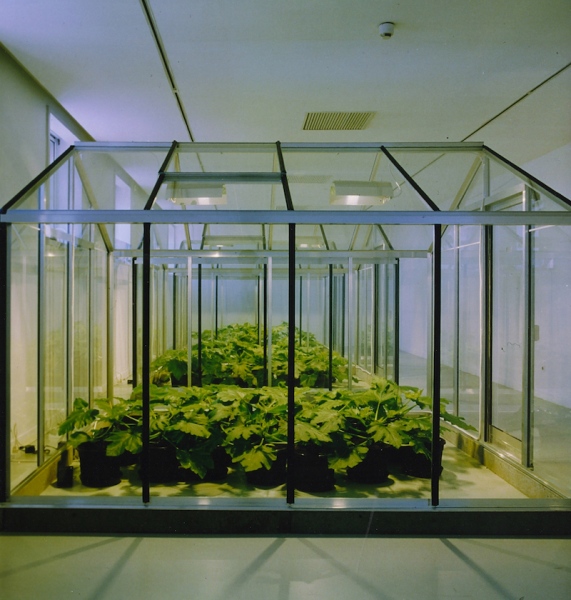 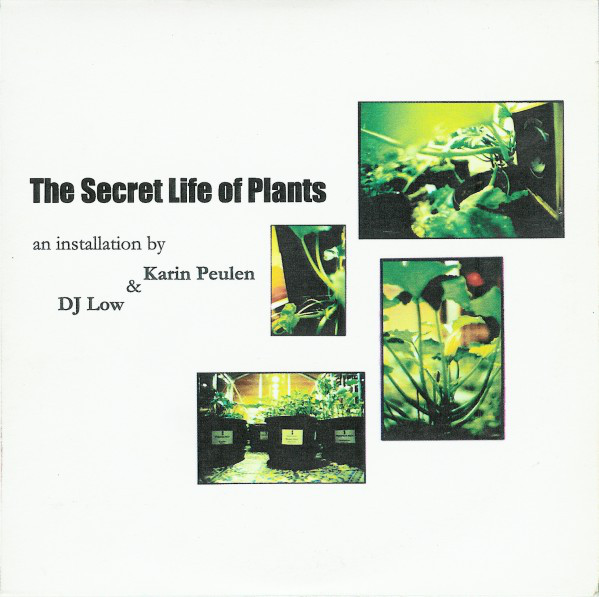 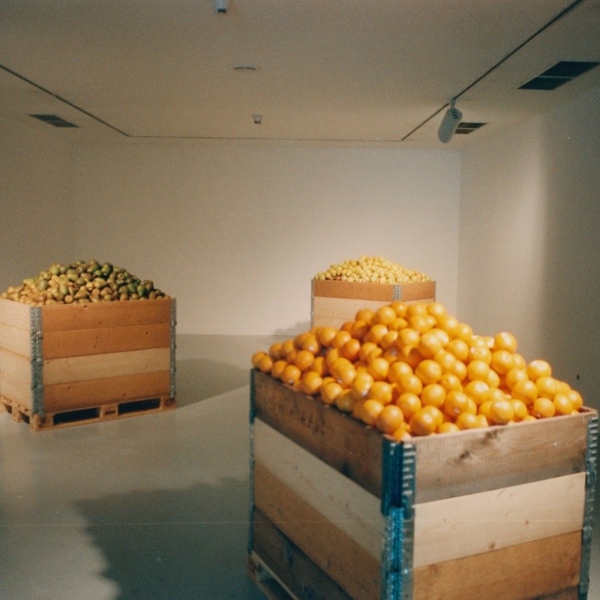 According to Karin Peulen, food and art often are interconnected. For food is not only a prime prerequisite for survival, but from times immemorial, it has also denoted our cultural and social differences and differentiations.

In this context, it might be relevant to point to the studies and findings of structural anthropologists.

Guided by a cookbook, the visitor-spectator enters a vegetable garden with glass nursery greenhouses in which auromatic herbs and edible flowers grow to the sound of music, in a garden of Eden where s/he is allowed to taste the flowers, vegetables and fruit at the same time as s/he enters into the almost unreal mysterious garden of computer-manipulated photographs of parts of plants which enables one to penetrate into the innermost heart of nature.

While the visitor to this curious little "paradise on Earth" is surrendered to and guided by his sensitive perceptions, Karin Peulen gives a different turn to this perception of the concept of art in a sensual and playful manner.